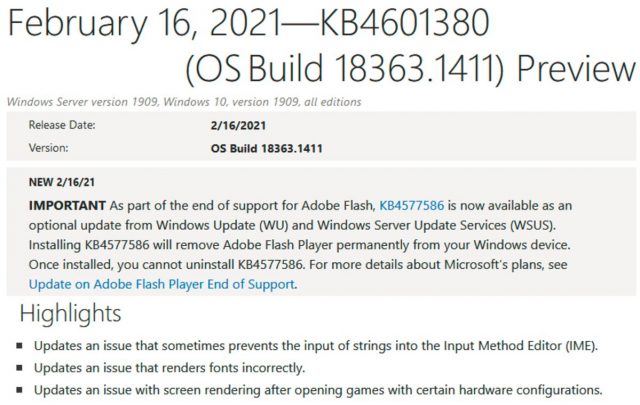 SCH.cx – Microsoft Prepares KB4601380 Update for Windows 10 to Fix Screen Rendering Issues. Microsoft is rolling out an optional non-security update for Windows 10 KB4601380 for versions 1909 and above. Unlike last month’s optional update, this month’s preview version comes with some important bug fixes, including font and screen rendering improvements. Windows 10 KB4601380 is an optional update, it will only be installed when you explicitly click the “Download and Install” button. This is a comprehensive cumulative update with a long list of bug fixes. However, Microsoft is aware of some known issues in this version.

Please note that this patch applies to Windows 10 version 1909. For those users on the 20H2 version and 2004 version, a better cumulative update will be released in the next three weeks with the same fixes. 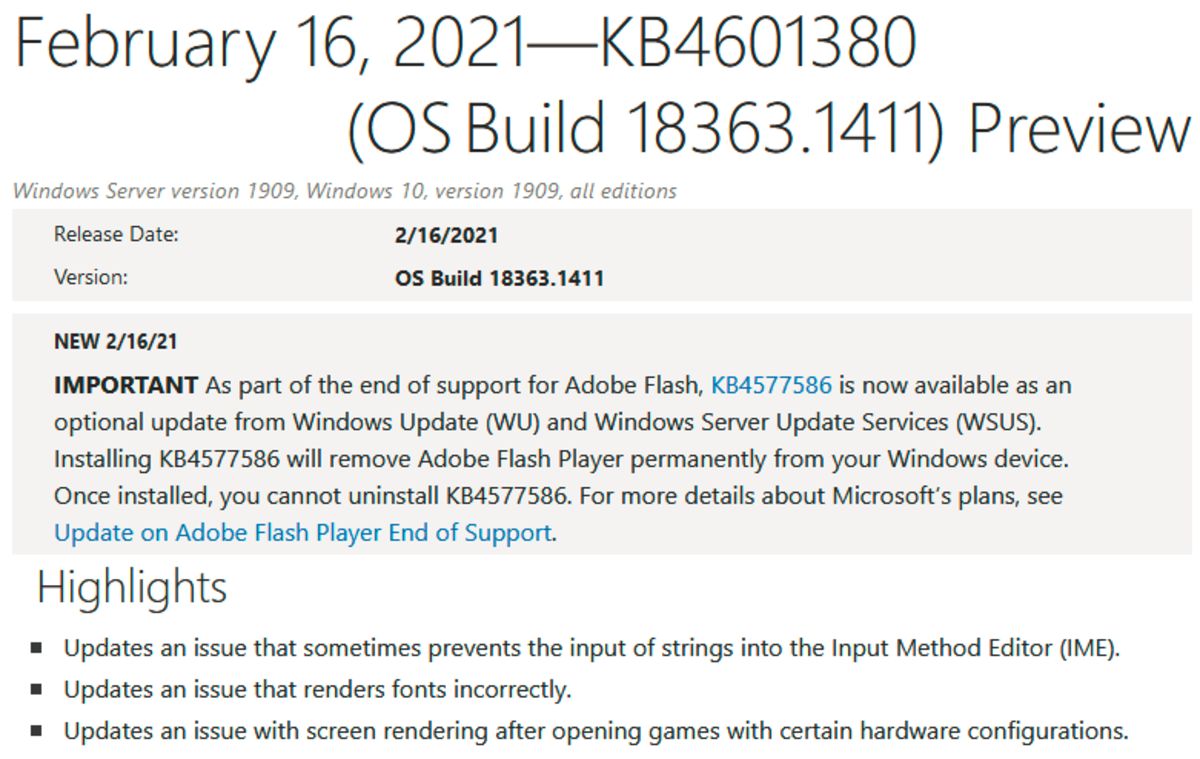 If your device is ready, you will see the following updates:

If the update via Windows Update fails and you are stuck in the installation loop, you can download the offline installer and double-click the .msu package to manually apply the update.

This month’s optional cumulative update has fixed an issue where the input method editor (IME) on some devices cannot be used when you insert a string.

Fixed an issue that affected font rendering. Another bug has also been fixed. Users will encounter screen rendering issues when opening the game under certain hardware configurations.

Also improve the SetWindowRgn API. For example, a bug has been fixed, when the application sets the window area coordinates, the user cannot maximize, minimize or close the window.

Windows 10 Build 18363.1411 will fix random blue screen of death (BSoD) errors that occur during startup. There are also fixes for high memory and CPU utilization.

It will provide reliability improvements for Windows Update itself and try to free up disk space. It will also try to compress your files to make room for future updates, and the registry will also be modified.

Use of MLC, TLC and QLC NAND in the CHIA Plotting Disk